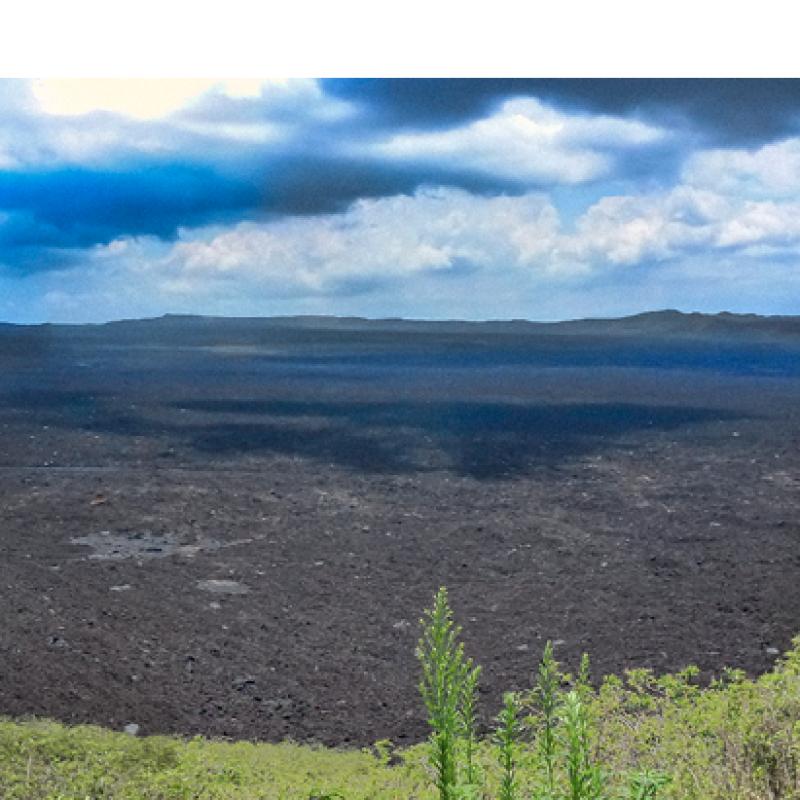 Caldera of the Sierra Negra volcano, in the Isabela Island, 7 km wide and 10 km long 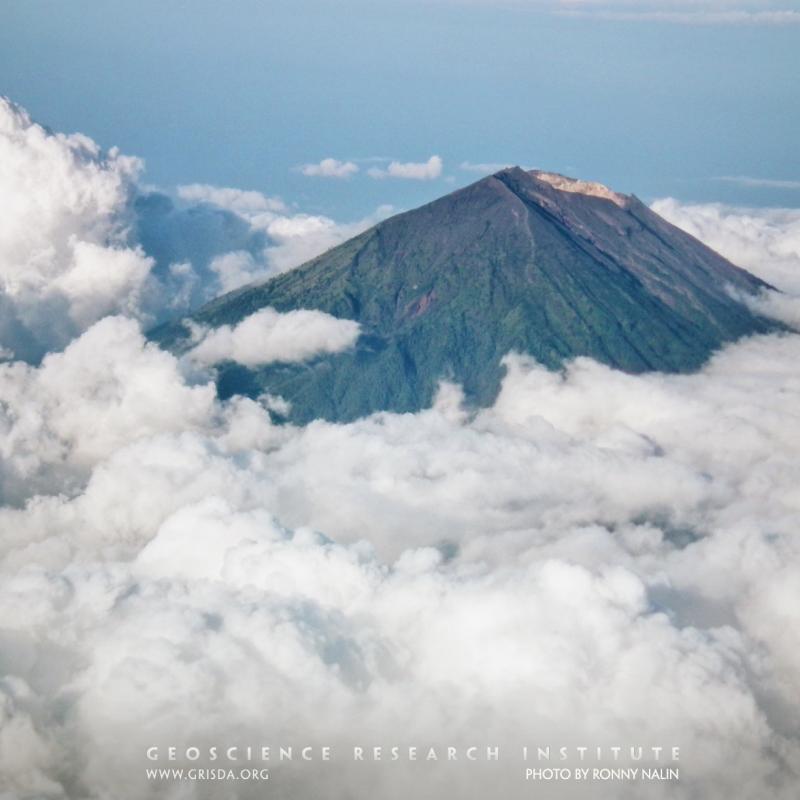 A volcanic cone emerges from the clouds on a flight over the islands of Indonesia. The Java trench is one of the most tectonically and volcanically active regions of the earth. 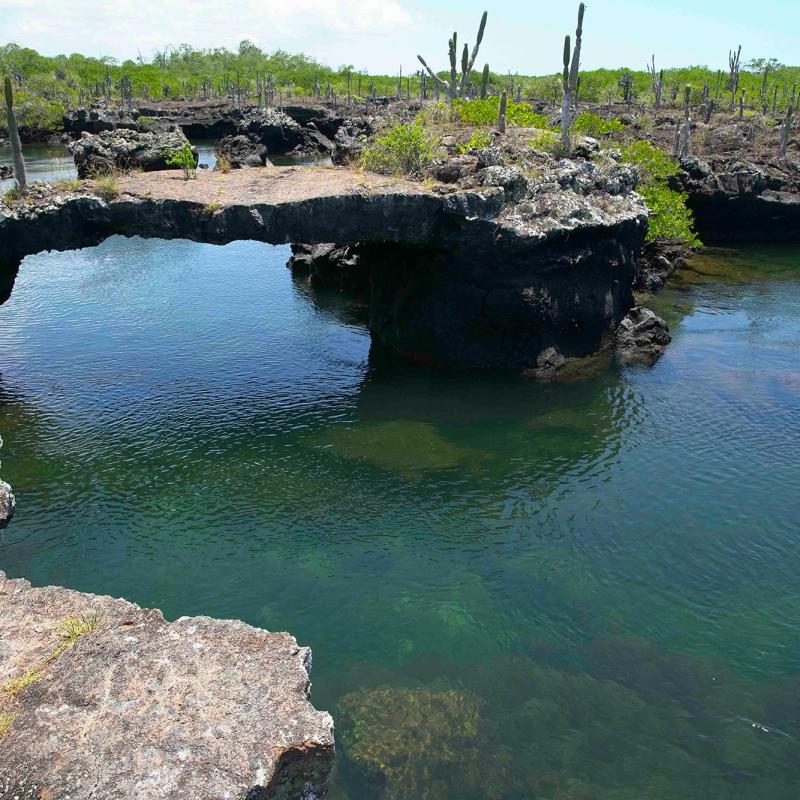 Lava tunnel on Isabela Island. As lava flows, it can form lava tunnels up to several kilometers long. The surface of the lava cools rapidly and forms a crust that protects the lava that continues to flow beneath. If the lava under the hardened crust eventually drains out, it can leave a hollow tunnel behind. 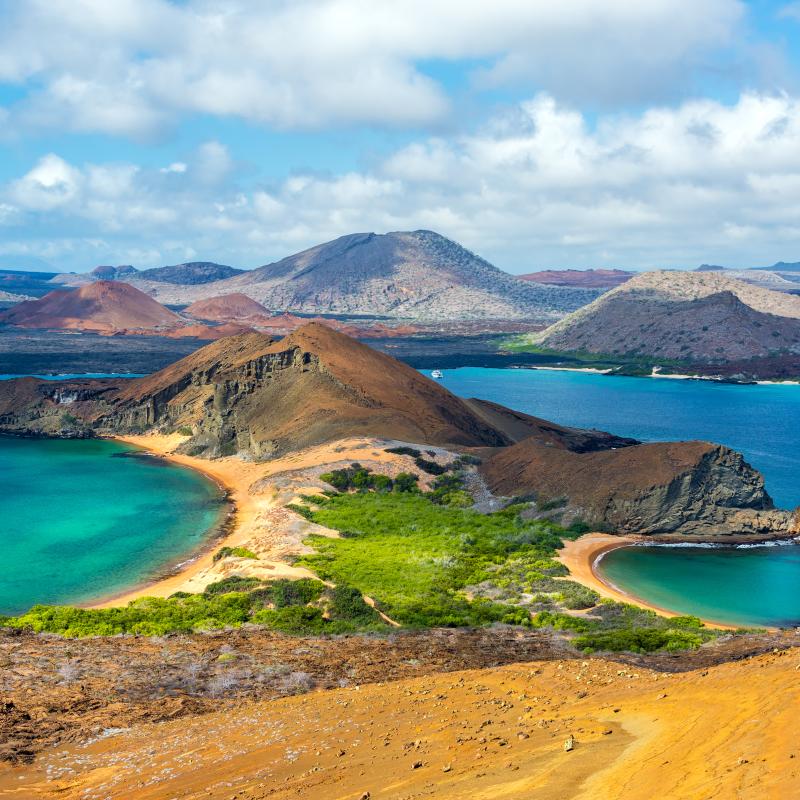 View of Bartolomé Island, where a parasitic cone is observed on the right side of the photograph. Notice the reddish colors from weathering of the volcanic rocks. 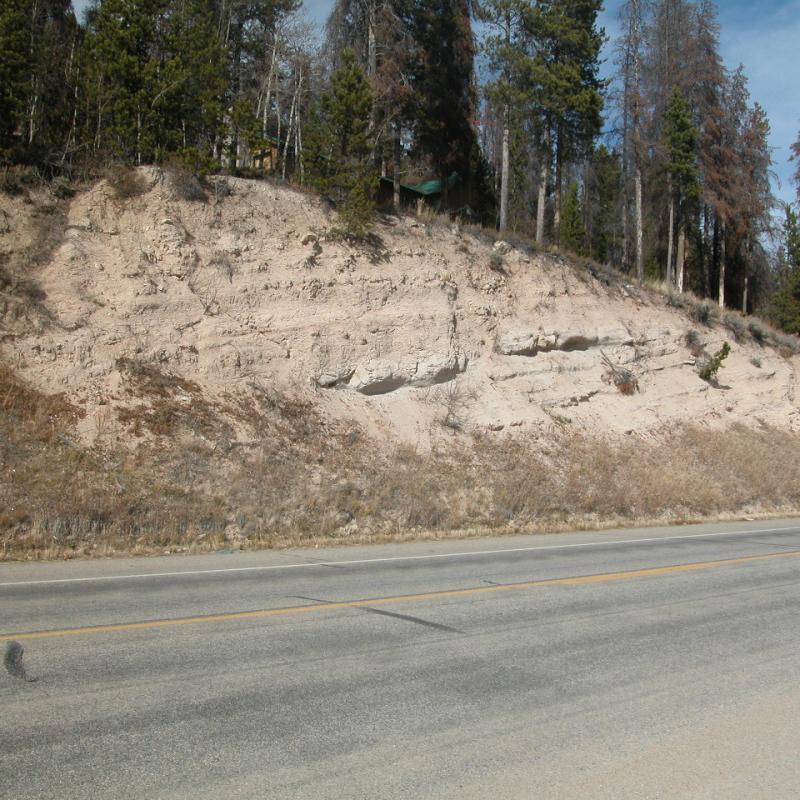 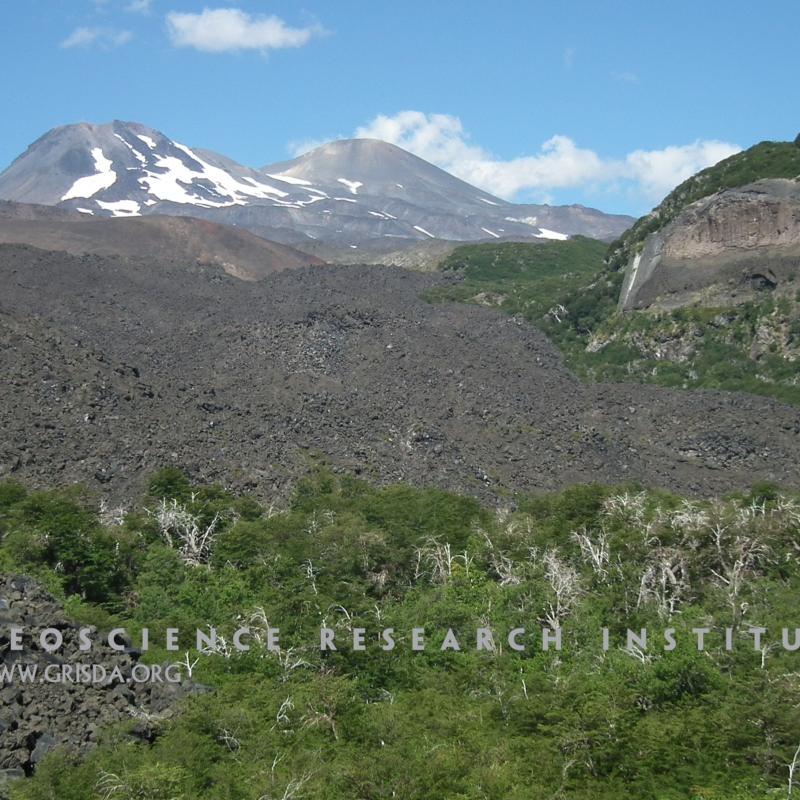 Basaltic rubble at the front of a lava flow with the stratovolcanoes of the Nevados de Chillan, Chile, in the background.