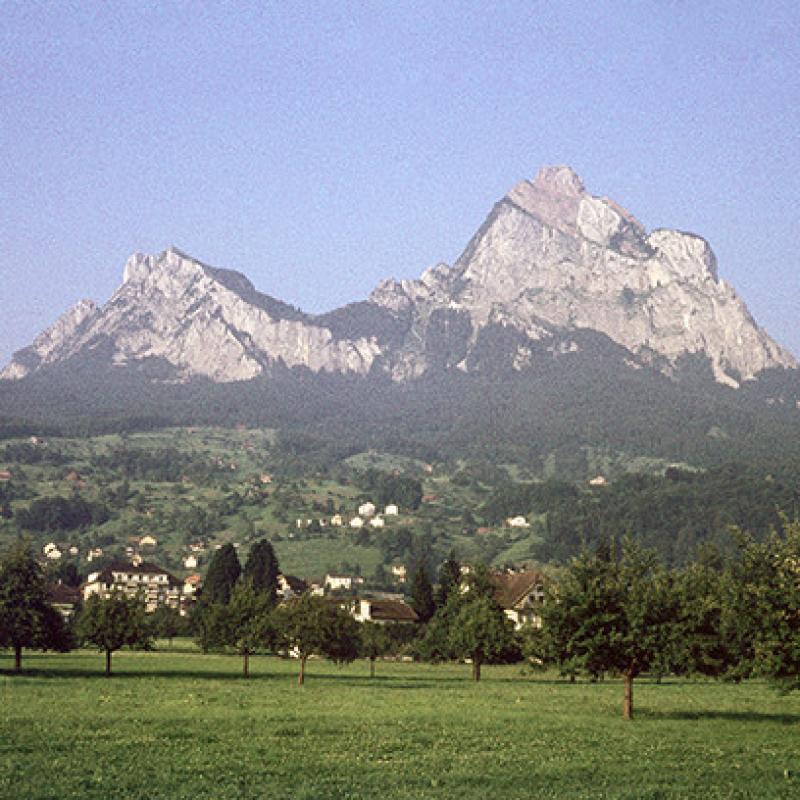 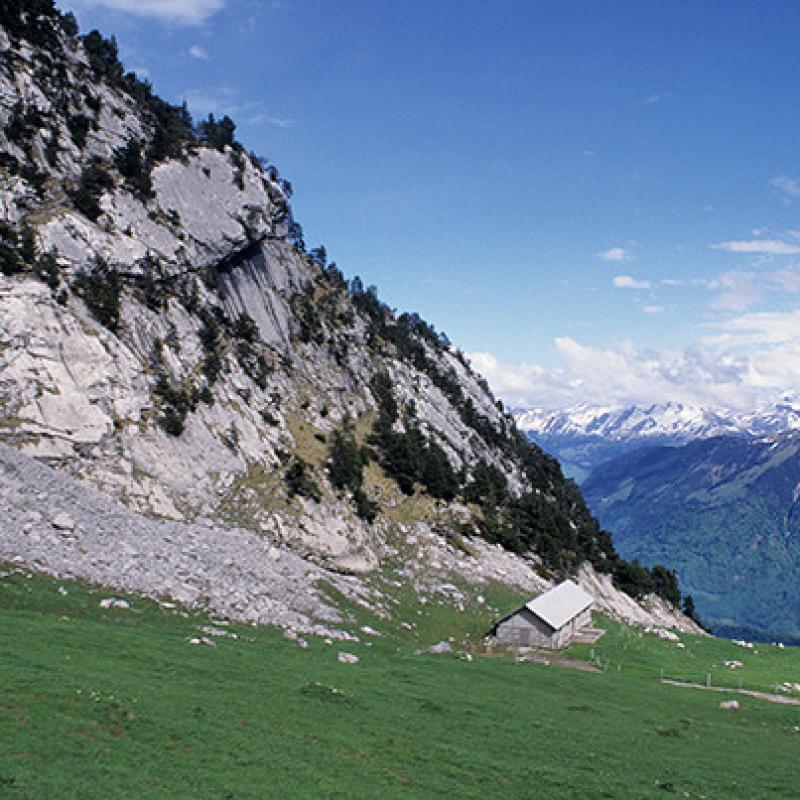 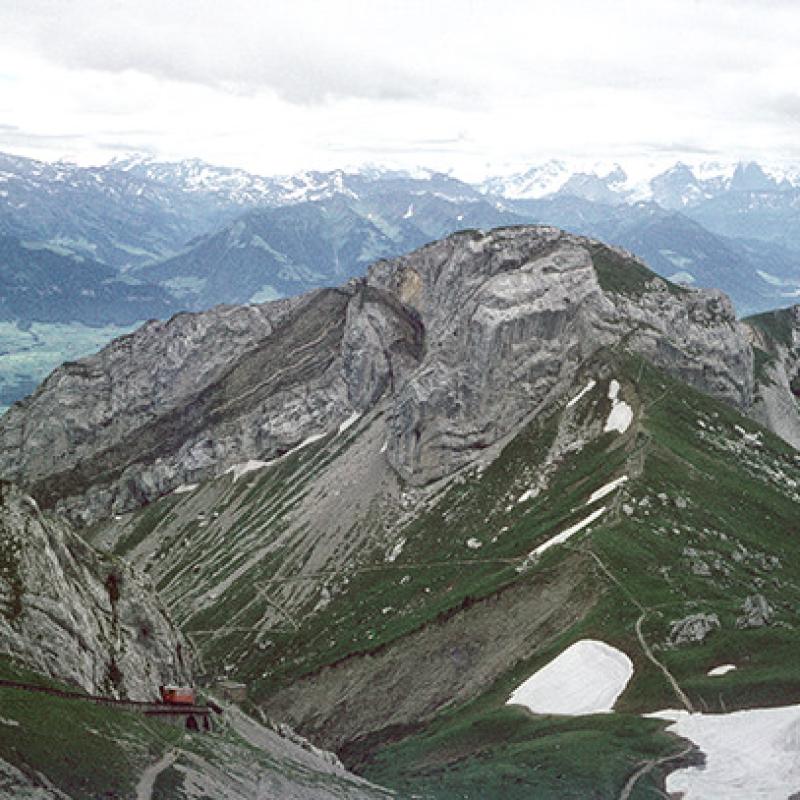 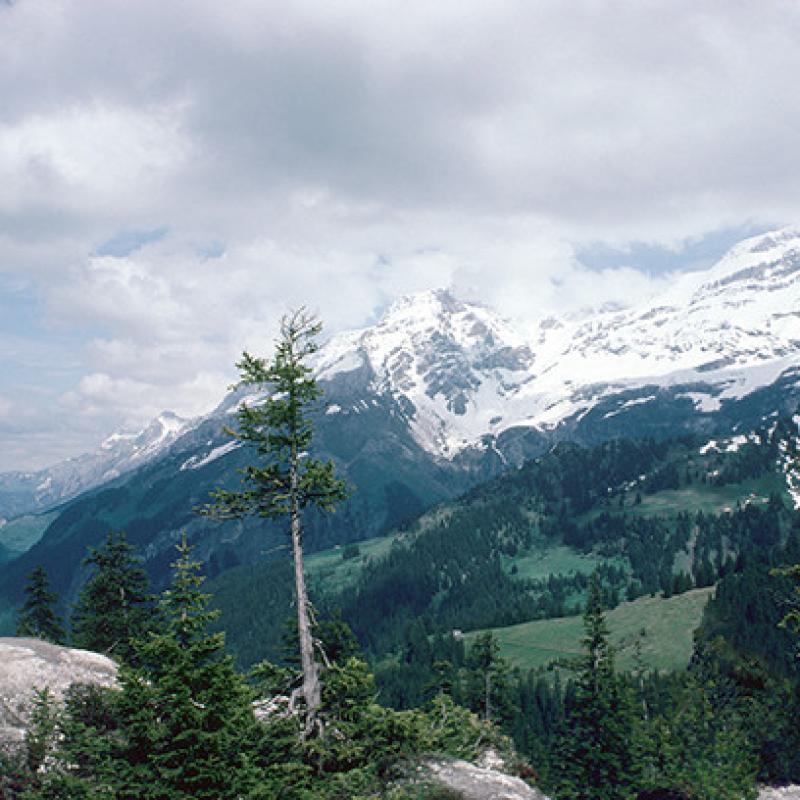 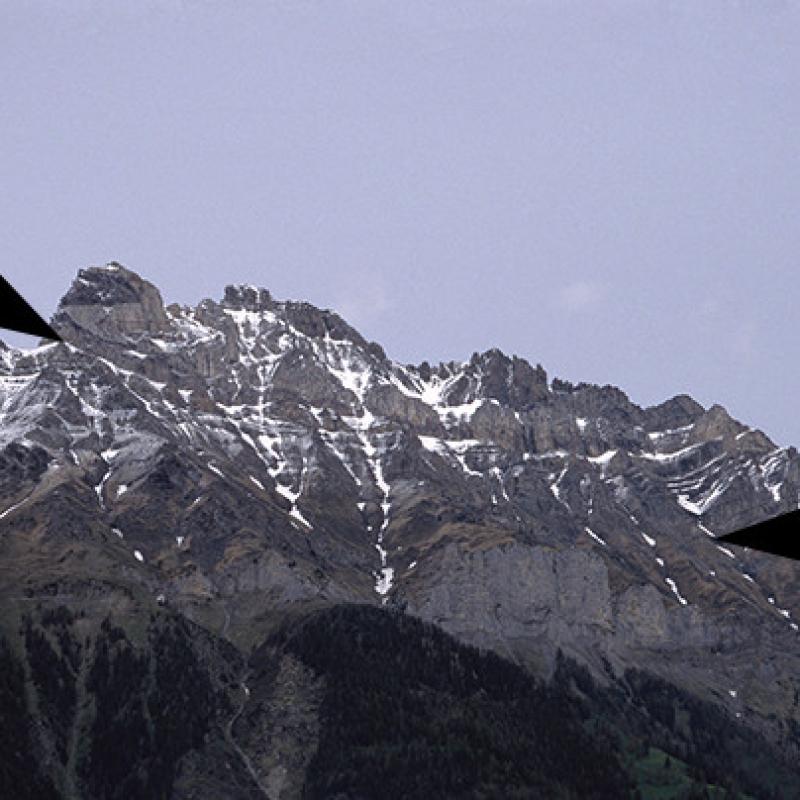 View of the Dents de Morcles, near Mex. The arrow at the right indicates where the Morcles Nappe (above the arrow) slid over the more fixed layers below. Here the layers of the Morcles Nappe are reversed, due to recumbent folding from the south (right). The arrow at the left, which is within the Morcles Nappe, points to the lower margin of the thin, dark Gault (Upper Cretaceous) layer. Just below is a thick Nummulitic limestone layer (Eocene). Standard geologic interpretations would suggest some 45 million years between these two layers; yet the thin Gault shows little evidence of any erosion for 45 million years (remember the Morcles layers are overturned here). 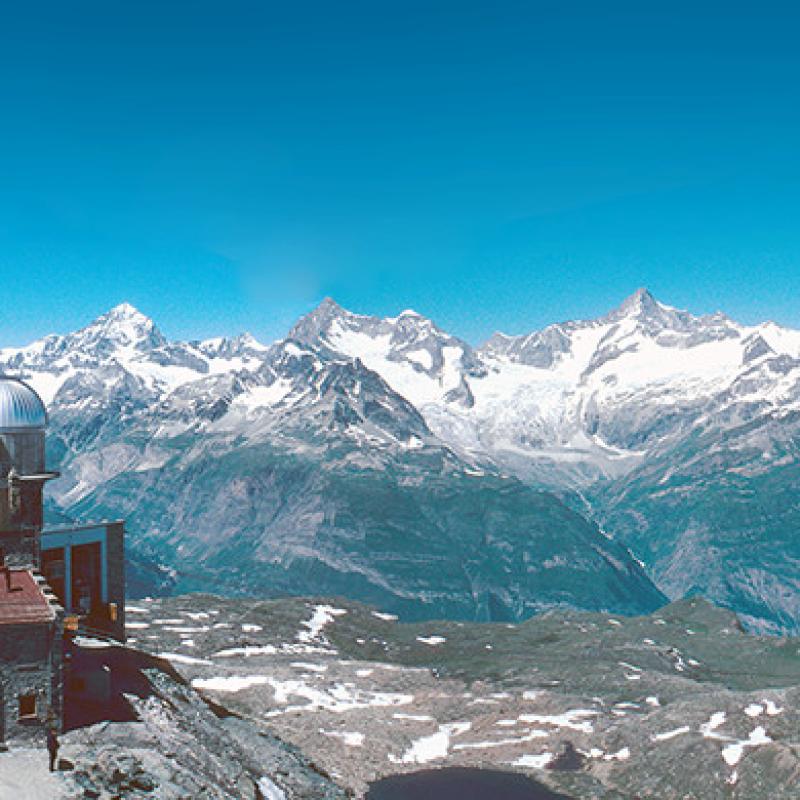