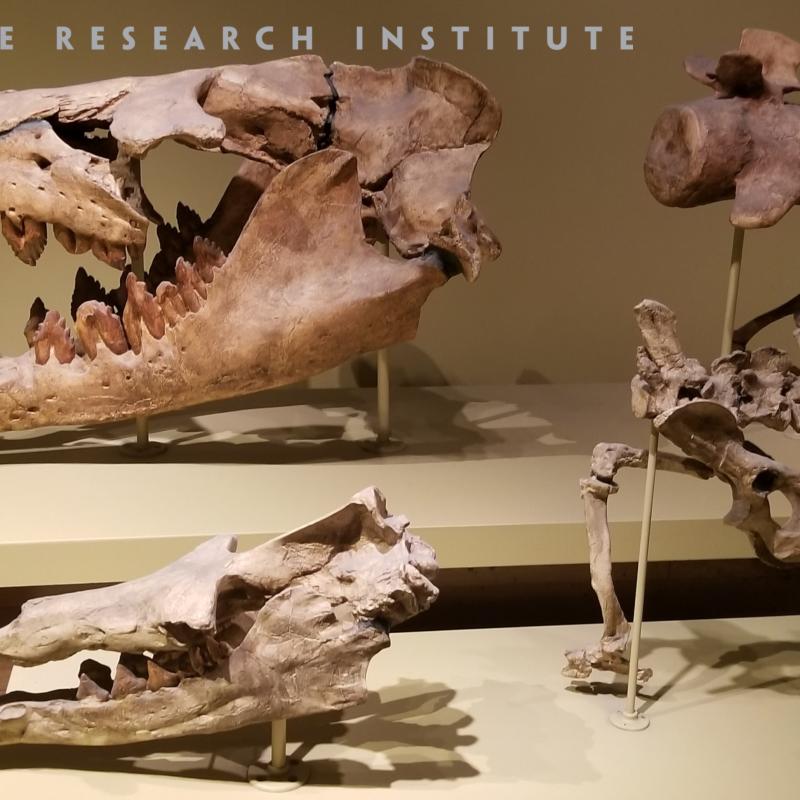 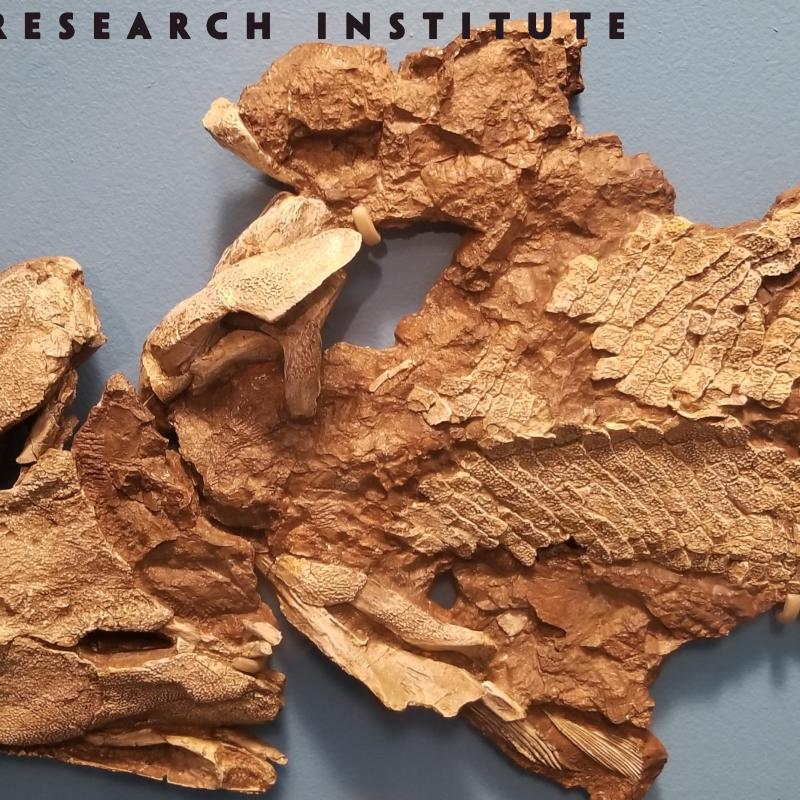 A cast of a famous specimen (about 50 cm in size) of the lobe-finned fish Tiktaalik roseae, from the Devonian of Canada, on display at the Field Museum of Natural History, Chicago. Tiktaalik is often presented as a "missing link" in tetrapod evolution. However, as it often happens, the picture of "sequential transitions" is much more complicated when looked at in detail, with mosaic distribution of characters between various forms.