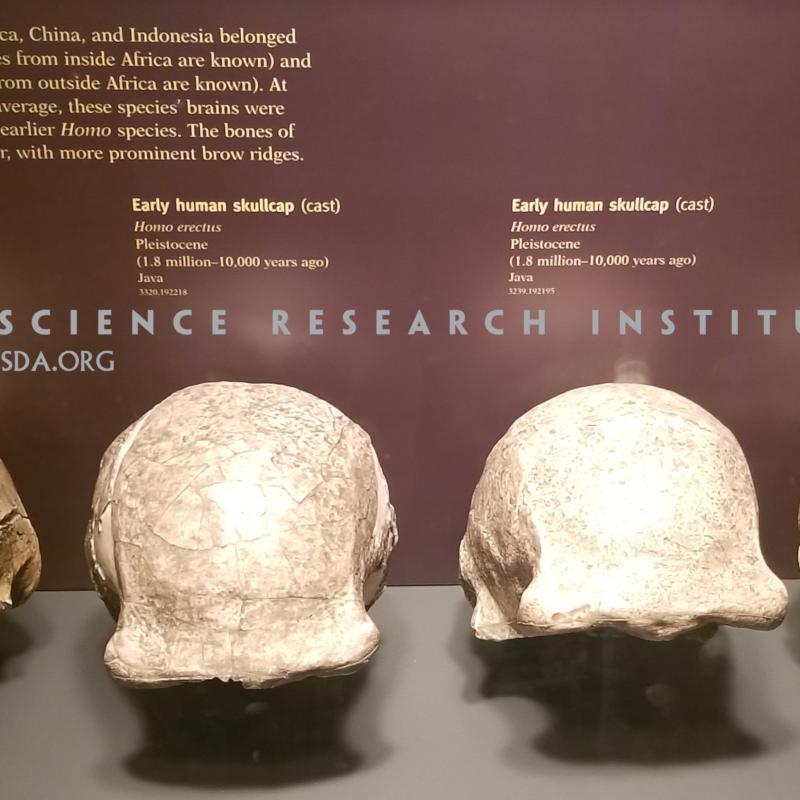 A set of Homo erectus calvaria (skull caps) on display at the Chicago Field Museum of Natural History. The sudden appearance of Homo erectus in disparate geographic areas from Africa to east Asia contrasts with the traditional gradualistic model of human evolution.

A panel on display at the Chicago Field Museum of Natural History, meant to illustrate how the appearance of more complex tool kits signals the emergence of more sophisticated tool-making abilities. However, this general stratigraphic order of appearance is not as clear cut, and tools representing different lithic industries can be found in correlative layers or even in inverted order.